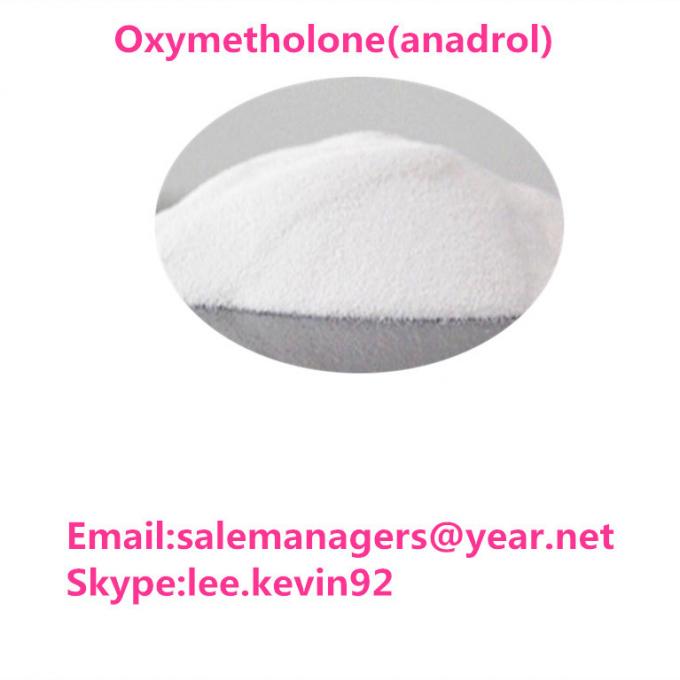 Products details:
Oxandrolone(Anavar), also called Lonavar,Oxandrin,Vasorome, its chemical name is 17beta-Hydroxy-17-methyl-2-oxa-5alpha-androstan-3-one. It is a kind of oral testosterone drugs synthetised by actively metabolizing anabolic. It researched that 20mg Oxandrolone daily dose has an effect on weight gaining and rehabilitation muscle for who encounters large area burnt.
Oxandrolone(Anavar),which comes out of androgenic character, can cause retention of nitrogen, potassium and phosphorus, and promote anabolism and inhibit excessive catabolism. It is widely used for boys who come across abnormal growth and late puberty, and also girls who encounter congenital ovarian hypoplasia.
Oxandrolone(Anavar) absorbed rapidly according to intestines and stomach. Its metabolites and unchanged oxandrolone excreted by the kidneys, and small amount exclude from gastrointestine.
Anavar (Oxandrolone)
by MISS LEI – Anavar (oxandrolone), unlike most oral compounds is categorized as a Class I anabolic steroid, most efficiently stacked with Class II compounds such asDianabol or Anadrol.
It adds little if anything to high-dose use of Class I anabolic steroids such as trenbolone, or to high-dose testosterone, which is classified as having mixed activity. It can be an aid, albeit an expensive one, to moderate dose testosterone usage.
Anavar has often been called a weak steroid. Part of the reason for this is that use of a Class I steroid alone never is maximally effective. The other cause is that bodybuilders and authors in the field sometimes make unfortunate and unreasonable comparisons when judging anabolic steroids. If say 8 tablets per day does little, then a drug is pronounced useless or weak. And traditionally, oxandrolone was available in 2.5 mg Anavar tablets, proving only 20 mg daily with such usage, which totals to only 140 mg/week. For comparison, testosterone at that dose also gives little results. Indeed, few anabolic steroids give dramatic results at that dose, but they are not called weak on that account.The proper conclusion is that such Anavar tablets were individually weak, but not that the drug lacks potency.
As higher-dose Anavar tablets have become available, the oxandrolone’s reputation has improved. However, it still is not a particularly cost-effective Class I steroid, and if used alone cannot match the performance of a good stack.
Pharmacologically, it has been found that oxandrolone binds weakly to the androgen receptor. This seems inconsistent with the Class I / Class II system, but it is what has been found. Perhaps it is the case that what occurs in the body is not the same as occurs in in vitro study, or perhaps there is another interesting phenomenon occurring.