Description:
2,4-Dinitrophenol is used in the manufacture of dyes, wood preservatives, and as a pesticide. The acute (short-term) effects of 2,4-dinitrophenol in humans through oral exposure are nausea, vomiting, sweating, dizziness, headaches, and loss of weight. Chronic (long-term) oral exposure to 2,4-dinitrophenol in humans has resulted in the formation of cataracts and skin lesions, weight loss, and has caused effects on the bone marrow, central nervous system (CNS), and cardiovascular system. Limited or no information is available on the developmental, reproductive, or carcinogenic effects of 2,4-dinitrophenol in humans. EPA has not classified 2,4-dinitrophenol for carcinogenicity.
Applications:
2,4-Dinitrophenol (2,4-DNP, or simply DNP) is an organic compound with the formula HOC6H3(NO2)2. It is a yellow, crystalline solid that has a sweet, musty odor. It sublimes, is volatile with steam, and is soluble in most organic solvents as well as aqueous alkaline solutions.[1] It is a precursor to other chemicals and is biochemically active, inhibiting energy (ATP) production in cells with mitochondria and was once used as a diet aid. It is produced by hydrolysis of 2,4-dinitrochlorobenzene.
DNP was used extensively in diet pills from 1933 to 1938 after Cutting and Tainter at Stanford University made their first report on the drug's ability to greatly increase metabolic rate. After only its first year on the market Tainter estimated that probably at least 100,000 persons had been treated with DNP in the United States, in addition to many others abroad. DNP acts as a protonophore, allowing protons to leak across the inner mitochondrial membrane and thus bypass ATP synthase. This makes ATP energy production less efficient. In effect, part of the energy that is normally produced from cellular respiration is wasted as heat. The inefficiency is proportional to the dose of DNP that is taken. As the dose increases and energy production is made more inefficient, metabolic rate increases (and more fat is burned) in order to compensate for the inefficiency and meet energy demands. DNP is probably the best known agent for uncoupling oxidative phosphorylation. The production or "phosphorylation" of ATP by ATP synthase gets disconnected or "uncoupled" from oxidation. 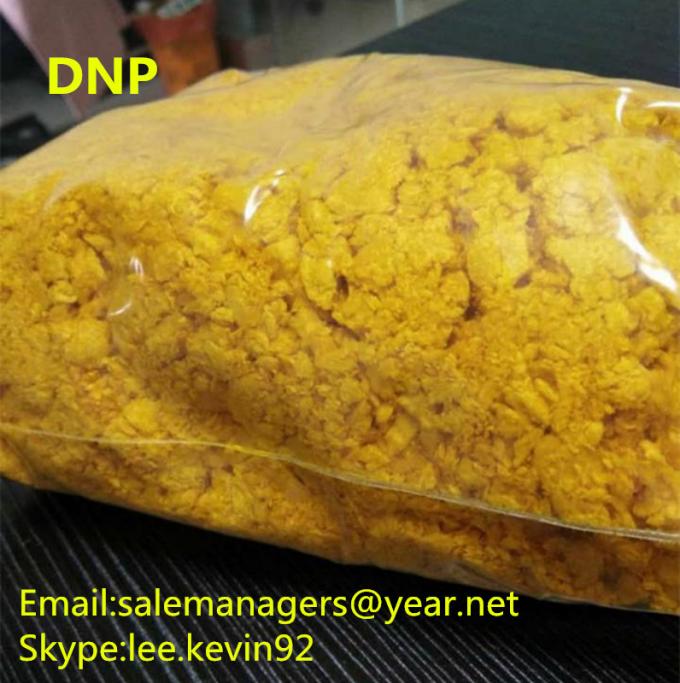