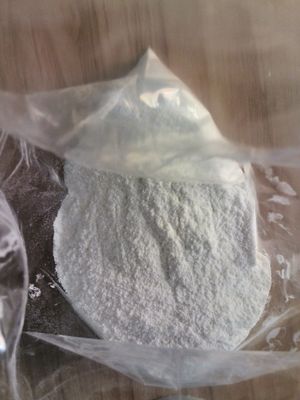 Nutrobal (Mk-677) was found to be very safe and, in fact, showed to reduce tumors in mice, which was hypothesized to be from an increased immune system response.

MK-677 is a non-peptidic, potent, long-acting, orally-active, and selective agonist of the ghrelin/growth hormone secretagogue receptor (GHSR) and a growth hormone secretagogue, mimicking the growth hormone (GH)-stimulating action of the endogenous hormone ghrelin. It has been demonstrated to increase the release of, and produces sustained increases in plasma levels of several hormones including GH and insulin-like growth factor 1 (IGF-1), but without affecting cortisol levels.

It is currently under development as a potential treatment for reduced levels of these hormones, such as in children or elderly adults with growth hormone deficiency, and human studies have shown it to increase both muscle mass and bone mineral density, making it a promising therapy for the treatment of frailty in the elderly. It also alters metabolism of body fat and so may have application in the treatment of obesity.

Elevated growth hormone has literally endless list of benefits to the human body*, why do you think everyone tries to get their hands on HGH? That’s why Nutrobal (Mk-677) is so effective, it increases GH and IGF-1 levels.

As the studies show, Nutrobal can be used for a number of reasons from growing muscle mass, to getting shredded. It does not compete with the levels of growth hormone one can get from exogenously administered HGH, so you can use it with hgh cycles. In a multitude of studies, Nutrobal (Mk-677) increased IGF-1 levels by between 39-89%. To give you an idea of what IGF-1 does, here are some IGF-1 benefits:

In fact, many users report growing up to 6 lbs of lean muscle mass in 8 weeks of IGF-1 only cycles. That’s an amazing result, but injecting IGF-1 daily is painful, costly and frustrating. Now, there is an oral-only alternative.

Results have been shown from doses between 5-25mgs a day, dose dependent results should be expected. Higher doses, over 50mgs, have been reported by some, but can be over doing it.