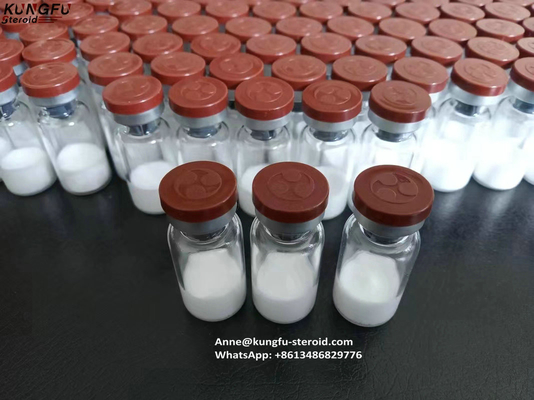 Insulin-like growth factor 1 (IGF-1), also known as somatomedin C, is a protein similar in structure to insulin. IGF-1 is a primary mediator of the effects of growth hormone (GH). IGF-1 then stimulates systemic body growth, and has growth-promoting effects on almost every cell in the body, especially skeletal muscle, cartilage, bone, liver, kidney, nerve, skin, hematopoietic, and lung cells. In addition to the insulin-like effects, IGF-1 can also regulate cellular DNA synthesis.

What are the signs and symptoms of adult-onset growth hormone deficiency?

Adults with growth hormone deficiency may have a wide range of symptoms. When these symptoms are severe, they can reduce people's ability to function – both physical and psychological– and this can dramatically lower the quality of their lives.

The most common test is the ‘Insulin tolerance test’. This involves giving an injection of insulin to the patient to lower the blood sugar level. During this stress reaction, the body normally releases growth hormone. Failure to produce an adequate amount of growth hormone in response to this insulin induced stress confirms growth hormone deficiency. Most patients find the test a little uncomfortable but the unpleasant symptoms do not usually last long and, if severe, can be stopped by giving glucose without invalidating the test. The insulin tolerance test should not be carried out in patients with known heart disease or epilepsy. Alternative tests are also available in which growth hormone-releasing hormone, arginine or glucagon are used to cause growth hormone release.

These tests should be carried out in a specialist unit, by experienced staff in performing these tests safely. The tests usually take two to four hours and can be carried out as outpatient or day case procedures. Patients may be asked not to eat before these tests.