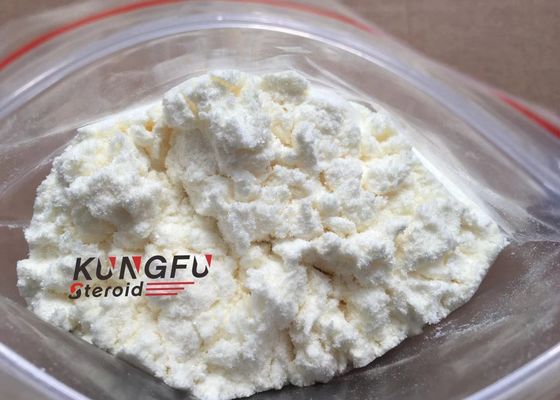 Indeed dihydroboldenone is available in numerous different esters. Cypionate, Ethyl Carbonate, Propyl Carbonate, and Propionate, among others, are all available for use with the drug. As always each does not offer any real advantages over one another other than the obvious differing active lives that each present and the amount of time that it takes for the body to completely eliminate the drug from it. For the most part, users will want to have their choice dictated by the injection frequency with which they want to deal with when using the compound, but of course, they will also likely be limited by those that are made available to them. GP 1-Test Cyp is a product that contains 200mg of the Dihydroboldenone Cypionate.

Anecdotally some users have indicated that post-injection pain with dihydroboldenone can become an issue for some. Diluting the drug with either another injectable drug or some other type of sterile oil seems to alleviate at least some of this discomfort. The type of ester used does not appear to negate this pain for the users that experience it, however.

Dihydroboldenone, while not overly androgenic, is a potent anabolic. It has been demonstrated that the drug binds extremely well and selectively to the androgen receptor and stimulates androgen receptor transactivation of dependent reporter genes. This equates to a drug that possesses the ability to stimulate significant muscle growth while not producing androgenic side effects. Also, it does not aromatize and therefore estrogenic side effects such as gynecomastia and water retention are not a concern for users. It has been shown to be by far more anabolic than such compounds as boldenone, nandrolone, and even testosterone itself. Obviously this is of great benefit to many athletes.

As for specific dosages used with this drug, the low end is primarily thought to be 300-400mg a week for male users. For females, the usual rules apply with dihydroboldenone as they do with other drugs. Anywhere from 25-100mg per week would be a good starting point for the majority of female users who have little to moderate experience with anabolic drugs.

The frequency of dosing with dihydroboldenone depends on the ester used with the compound. Seemingly the most popular current ester to produce the drug with is cypionate. Typically, males would use a dosage of 200-400mg Dihydroboldenone Cypionate a week.No matter what ester utilized however the same rules would apply as with any other drug in terms of the frequency of administration needed to maintain relatively stable blood levels of the compound.