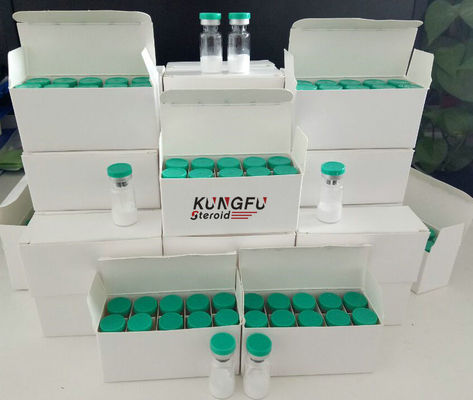 Mgf is a peptide hormone, a natural physiological byproduct created in a human body as a result of an exercise. (MGF) and are isoforms. Isoform is a protein with a slightly different form but usually a similar function as its 'fellow' isoform protein. Both, MGF (which is a liver derived hormone) and (which is produced in the muscles) have anabolic effects, but the anabolic powers of the MGF are greater than those of. Anabolic quality of a substance is such that increases the levels of synthesis, either at a molecular or a cellular level, meaning the Mgf has a greater sensitivity to damages caused to muscles by exercise and induces the synthesis of a greater amount of proteins in skeletal muscles.
Another favorable effect of the Mgf is its ability to activate the satellite cells of muscles (myosatellite cells). Myosatellite cells behave as stem cells. Once they are activated they fuse, form myoblastst, proceed to differentiate and form entirely new muscle cells. Again, the result is muscle growth.

MGF HOW TO USE MGF

When you train, what happens to your muscles is they break down, the cells are damaged, muscle tissue needs to be repaired and your body produces 2 forms of MGF splice variant. The first initial release of the above mentioned number 1 variant from the liver helps muscle cell recovery, if there is no MGF then muscle cells die.

As muscle is a post-mitotic tissue and as such cell replacement is not a means of tissue repair, if the cells are not repaired they die and your muscles get smaller and weaker. In muscle tissue, the pool of these stem cells is apparently replenished by the action of MGF, which is produced as a pulse following damage.

Now, with synthetic injections of MGF you can increase the pulse and so speed up recovery, and increase the muscle tissue cells by stimulating satellite cells into full maturity. In terms of dosages, 200mcg bi-laterally is the very best choice of dosing in muscles trained.

The only problem with MGF, and this is the reason I don't like it, is that it has such a short half life, just a few minutes, between 5-7, and it needs to be used immediately post workout as it wont work if muscle tissue hasn't been damaged. That's why, for me personally, I think the best option is PEG MGF.