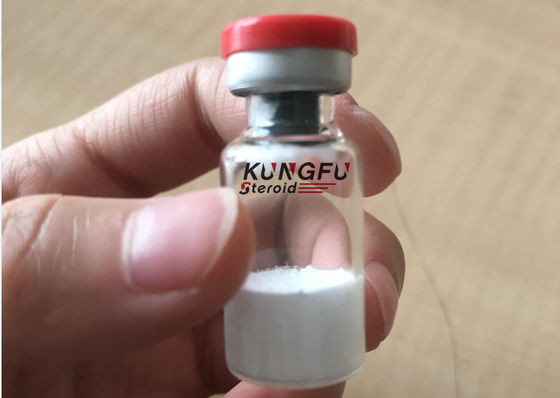 TB-500 is a synthetic version of the naturally occurring peptide present in virtually all human and animal cells, Thymosin Beta-4. This potent peptide is a member of a ubiquitous family of 16 related molecules with a high conservation of sequence and localization in most tissues and circulating cells in the body. TB-500 not only binds to actin, but also blocks actin polymerization and is the actin-sequestering molecule in eukaryotic cells.

TB-500 was identified as a gene that was up-regulated four-to-six fold during early blood vessel formation and found to promote the growth of new blood cells from the existing vessels. This peptide is present in wound fluid and when administered subcutaneously, it promotes wound healing, muscle building and speeds up recovery time of muscles fibres and their cells. An additional key factor of TB-500 is that it promotes cell migration through a specific interaction with actin in the cell cytoskeleton. It has been demonstrated that a central small amino acid long-actin binding domain has both blood cell reproduction and wound healing characteristics. These characteristics are uncovered by accelerating the migration of endothelial cells and keratinocytes. It also increases the production of extracellular matrix-degrading enzymes.

Studies demonstrate that TB-500 is a potent, naturally occurring wound repair factor with anti-inflammatory properties. Tß4 is different from other repair factors, such as growth factors, in that it promotes endothelial and keratinocyte migration. It also does not bind to the extracellular matrix and has a very low molecular weight meaning it can travel relatively long distances through tissues. One of TB-500 key mechanisms of action is its ability to regulate the cell-building protein, Actin, a vital component of cell structure and movement. Of the thousands of proteins present in cells, actin represents up to 10% of the total proteins which therefore plays a major role in the genetic makeup of the cell.

The body of knowledge is as yet limited with regard to TB-500 dosage. The above protocol may or may not be the most efficient, but it is the protocol with the most track record. It's entirely possible that as knowledge is gained, method of use will change. A reasonable possibility, for example, is to increase dosing frequency to 3x/week (which I have done personally to good effect), or to increase dosing to 4 or 5 mg twice per week. Before going to such a program, however, I recommend trying the standard protocol first.