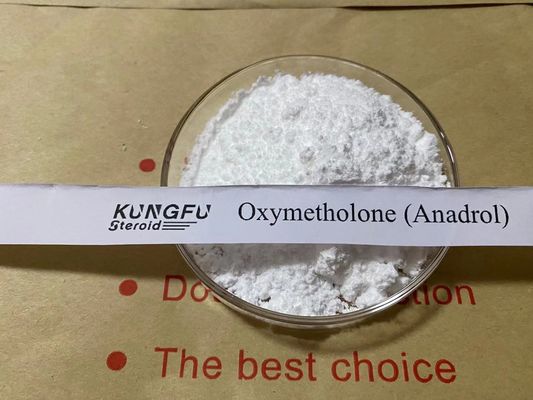 Oxymetholone (Anadrol), is a synthetic anabolic steroid developed in 1960. Its primary clinical applications include treatment of osteoporosis and anaemia, as well as stimulating muscle growth in undernourished or underdeveloped patients. The drug was approved for human use by the FDA. However, later non-steroidal drugs such as Epogen were developed and proven to be more effective as a treatment for anaemia and osteoporosis without the side-effects of oxymetholone. The drug remained available despite this, and eventually found a new use in treating HIV wasting syndrome. While classified as a Schedule III drug under the Controlled Substances Act, it remains available via prescription as Anadrol®-50. Anadrol®-50 is a registered trademark of Alaven™ Pharmaceutical.

Presented most commonly as a 50 mg tablet, Oxymetholone is the strongest androgenic steroid available.Despite very low binding affinity with the androgen receptor, oxymetholone is highly effective in promoting extensive gains in body mass, mostly by greatly improving protein synthesis. For this reason, it is often used illegally by bodybuilders and athletes. Many athletes also use Oxymetholone as a method of protection for the joints. Due to the high water retention users experience from this drug, it similarly lubricates the joints and helps protect them from injury. Oxymetholone is widely considered by bodybuilders to have the strongest anabolic effect out of any oral steroid available; weight increases of 20 pounds in 2 weeks are not unheard of with this drug.

1. This drug is shown to have a much more direct effect on the red blood cell count, without the side effects of a strong androgen.Syntex stopped in the U.S.In 1993, which was around the same time they decided to drop this item in a number of foreign countries as well.

2. Plenastril from Switzerland and Austria was dropped;Following soon was Oxitosona from Spain.Many Athletes feared Anadrol 50 might be on the way out for good.But new HIV/AIDS studies have shown a new light on oxymetholones.

3. These studies are finding (big surprise) exceptional anti-wasting properties to the compound and believe it can be used safely in many such cases.Interest has been peaked, and as of 1998 Anadrol 50 is again being sold in the United States.

4. This time we see the same Anadrol 50 brand name, but the manufacturer is the drug firm Unimed.Syntex continues to market & license this drug in a number of countries however (under a few different brand names).

A: Oxymetholone 20ml @ 50 mg/ml
1 gram of Anadrol powder
1 beaker suitable for holding the volume of liquids

It's easy to see why Anadrol is perfect for bulking as its attributes lend to this end and because of these very attributes very few individuals will use Anadrol during a cutting cycle. However, there is an exception and quite a large one in competitive bodybuilding. Many competitive bodybuilders will supplement with Anadrol the last few weeks before a show; by building up a large amount of the steroid in their body over a period of weeks they are able to make greater use of their carb up at the end. Through this process the competitor will possess a much fuller look but again, caution must be applied. An individual who is very sensitive to water retention from this steroid will need to stay away
from this process but if ones diet is on point and such sensitivity is not a problem, coupled with a good AI and solid contest cycle a nice full effect can be gained.