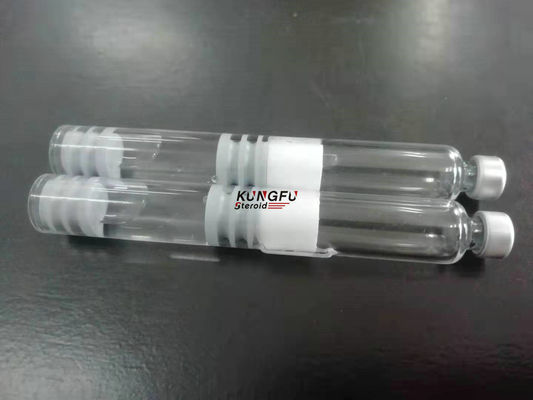 HGH 191AA is the anterior pituitary growth hormone (HGH), growth hormone (HGH 191aa) containing eosinophilic granular secretory cells secrete, consisting of hgh 191aa amino acid peptide hormone.This product is made by genotype secretion of recombinante. coli expression technology in the production of recombinant human growth hormone (HGH 191aa), the amino acid content and sequence of growth hormone are exactly the same with people.This product is in escherichia coli (e.c. with our fabrication: oli) in the composite.Synthesis was conducted by former hormone (prehormone).The former hormone is by nature exists in bacteria, growth hormone, which is connected with signal peptide.Hormone split in the bacterial cell wall, before release and natural growth hormone is exactly the same end products into the wall of the intermembrane space, and then destroy the cell walls to collect, only the intact cell wall, to ensure the end products rarely bacterial protein pollution.

What Genotropin is used for?

If you suffer from one of the conditions that cause adult growth hormone deficiency, you likely will see an improvement in your symptoms. The exact way in which this treatment works for you will depend on a variety of factors, including your dosage and your initial symptoms.

Generally speaking, those who are treated with Genotropin experience improved moods and energy. If you have been suffering from the symptoms of low HGH, now you see there’s an option to get relieved.

When used in medicine to treat intrauterine growth retardation, dosages of 1-3 IU per day are typically used.

When used for performance enhancement purposes, 2-4 IU per day are taken, with a maximum dosage of 6 IU used by elite bodybuilders to promote further mass gain.

HGH cycles usually last anywhere from 6-24 weeks, with 16 weeks being the average duration for a standard bodybuilding cycle.