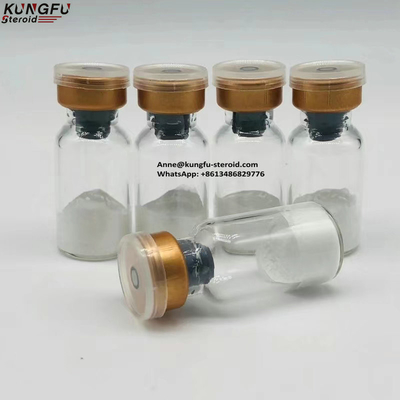 Myostatin (GDF-8) is a member of the transforming growth factor-beta (TGF-β) superfamily that is highly expressed in skeletal muscle, and myostatin loss-of-function leads to doubling of skeletal muscle mass. Myostatin-deficient mice have been used as a model for studying muscle-bone interactions, and here we review the skeletal phenotype associated with altered myostatin signaling. It is now known that myostatin is a key regulator of mesenchymal stem cell proliferation and differentiation, and mice lacking the myostatin gene show decreased body fat and a generalized increase in bone density and strength.

The increase in bone density is observed in most anatomical regions, including the limbs, spine, and jaw, and myostatin inhibitors have been observed to significantly increase bone formation. Myostatin is also expressed in the early phases of fracture healing, and myostatin deficiency leads to increased fracture callus size and strength. Together, these data suggest that myostatin has direct effects on the proliferation and differentiation of osteoprogenitor cells, and that myostatin antagonists and inhibitors are likely to enhance both muscle mass and bone strength.

The gene encoding myostatin was discovered in 1997 by geneticists Se-Jin Lee and Alexandra McPherron who produced a knockout strain of mice that lack the gene, and have approximately twice as much muscle as normal mice.These mice were subsequently named "mighty mice".

Naturally occurring deficiencies of myostatin of various sorts have been identified in some breeds of cattle, sheep, whippets, and humans. In each case the result is a dramatic increase in muscle mass.

Structure and mechanism of action

Human myostatin consists of two identical subunits, each consisting of 109 (NCBI database claims human myostatin is 375 residues long) amino acid residues [note the full length gene encodes a 375AA prepro-protein which is proteolytically processed to its shorter active form.Its total molecular weight is 25.0 kDa. The protein is inactive until a protease cleaves the NH2-terminal, or "pro-domain" portion of the molecule, resulting in the active COOH-terminal dimer. Myostatin binds to the activin type II receptor, resulting in a recruitment of either coreceptor Alk-3 or Alk-4.

This coreceptor then initiates a cell signaling cascade in the muscle, which includes the activation of transcription factors in the SMAD family - SMAD2 and SMAD3. These factors then induce myostatin-specific gene regulation. When applied to myoblasts, myostatin inhibits their differentiation into mature muscle fibers.

Myostatin also inhibits Akt, a kinase that is sufficient to cause muscle hypertrophy, in part through the activation of protein synthesis. However, Akt is not responsible for all of the observed muscle hyperthrophic effects which are mediated by myostatin inhibition.Thus myostatin acts in two ways: by inhibiting muscle differentiation, and by inhibiting Akt-induced protein synthesis.